A year can seem like an eternity if you are a kid waiting for Christmas or your 8th birthday to arrive. But a year to build up to a 250km desert race is a close call, at least for me. It’s not that I am starting from zero, my physical condition is actually rather good (despite my physical therapist consistently referring to me as a “whole-body construction site”), and I have a couple of ultras, a few marathons and a number of other non-insignificant endeavors under my belt. 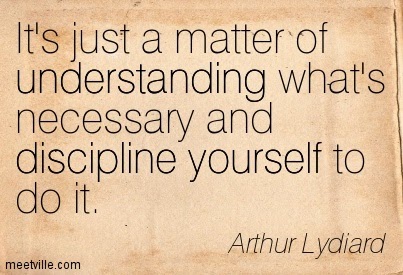 But ultra running has a very dominant mental aspect to it that should not be underestimated. Many who are physically capable of running one may never finish due to mental impasses, whereas anyone with their mind set to something can conquer all odds, which we’ve all seen proven time and time again. That said, if I feel my training has been adequate, then I mentally know that I am physically capable of achieving my goals.


Basically I am a follower of Arthur Lydiard, the New Zealand runner and coach, who grounded his training on a strong endurance base followed by training phases of strength and speed work. I rarely follow a specific training plan since I race distances between 5k and ultras, so I have to be creative, maintaining a solid level of endurance while blending in speed and hill work as well as tempo runs, then tapering to peak for key races.

So, for the year to come I have exactly two Excel spreadsheets comprised of my race schedule leading up to the MdS. The first is a “Wish List” containing no less than 30 events, while the second is a “Realistic” list comprised of exactly half, 15 races. Both of these sheets are in the same file so that I can toggle back and forth at whim, in the hope of turning more wishes into reality.

But seriously, one has to take stock of what their body can handle and work from there. I’ve seen some training plans for multi-day ultramarathons that make me exhausted just looking at them…they are an injury waiting to happen! Races every week at distances no less than a half marathon?!? Sure, there are some people who can use races as training, they love the comradery and race atmosphere, and are able to run without pushing the envelope, but I am (unfortunately, perhaps) not one of them.

What is the definition of ‘race’ actually? Wikipedia states quite succinctly that it is a ‘competition of speed’, which pretty much sums up my perception of it. Speedy, speedier, speediest→Podium. I can train on my own time, at my own pace, but a race is a race whereby you run as fast as you can. I can’t alter that perception, and I know too much racing increases my risk of injury, so I save the real speed for when I need it most.
As a consequence, my race schedule for the next year is highlighted by three events: a half marathon in May, an ultramarathon in September, and the Marathon des Sables in April 2016. I will have a specific training plan building up to each and starting anew when they are over. In between I have a spattering of 10km races, bike races, a half marathon and even other ultra distance events, which are primarily Armin Wolf Laufteam events, to which I am both committed and humbled to run in. An intense training weekend with a group in the Swiss Alps is planned in August, and occasionally I have friends join me to run or ride, but the majority of my training I plan on doing solo. I am disciplined and have the luxury of ample “free time”, so it simply comes down to a matter of intelligent planning.