With a recent injury that had me side-lined and in pain for three months, I was desperate to try anything. I’d been to the orthopedist twice and my physical therapist once a week to treat a neurogenic inflammation in my left ankle, essentially an over-use injury. Which of course shouldn’t be surprising to me or anyone else considering the miles I put in, but usually by taking a few days to a week off from running, combined with physical therapy, I’m back on the trails in no time…. But not this time.

So when commiserating with a friend of mine, whose husband Markus, who practices an ancient Japanese healing method, was in earshot, they almost simultaneously said that it was finally time to try his therapy. I gave in when he told me that he was 100% sure that he could help me. I still wasn’t convinced, but I had nothing to lose. 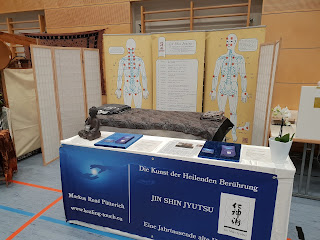 That was thus my prelude into the world of Jin Shin Jyutsu, a two-thousand-year-old art of healing. The Japanese words themselves are translated as: 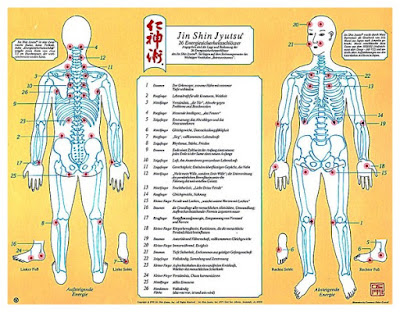 Thus, JIN SHIN JYUTSU is the art of releasing tensions via simple acupressure. Our bodies contain several energy pathways and when one or more of these paths become blocked, it may lead to discomfort or even pain. This blockage can eventually disharmonize the complete path of the energy flow. The Jin Shin Jyutsu practitioner uses both hands to apply gentle pressure on a combination of 26 energy points on the body which helps to release the blockage and allows the energy to flow as it should. This in turn allows the body to heal itself via a system rebalance. It has been known to help with anxiety, addiction, shock, mourning, head-, back- and joint pain, migraines, bronchial afflictions, flu, ischia nerve and disc troubles, as well as with sleep difficulties and even learning and concentration problems.

I know it sounds crazy.

Markus told me that everyone reacts differently to the therapy and for some people the pain can even initially be worse before it disappears. Sounded to me like he was covering his bets… 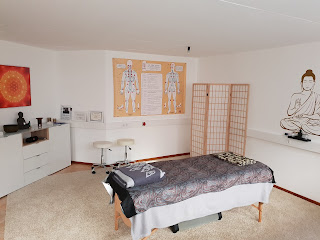 So, at my first session, he had me lay on a massage table and he let me select from a collection of about 100 globuli (homeopathic globules, or pills). “Just choose one without looking. It will be the right one,” he said with confidence. Then I lay down and was covered in a blanket with my hands lying on top of my stomach. Then I closed my eyes and we began. Markus breathed in deeply and took hold of my wrists to measure my pulse. Then he sat down, placed one hand on my hip and another on my knee. And he held those points for what was probably about 5 minutes before he changed his hand positions. He quietly and methodically moved around my body, from my shoulders and head to my feet and calves, while my mind danced between chaos and silence. At the end of the session, which felt like ten minutes but was about an hour, I was a zombie. I felt completely confused, had trouble understanding what Markus was explaining and I wasn’t sure how to exit the room. I stayed that way for the remainder of the day. (Thankfully the drive home was short.) 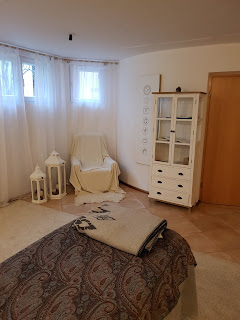 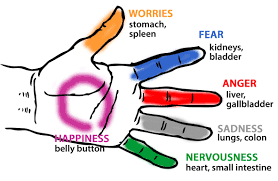 Oh, great, I thought. This is supposed to help me heal. But I was completely useless. And my left ankle still hurt.

The next day I was back on his table and told him what I’d experienced. I also told him that I had to go to an important event that night and did not want to be the bride of Frankenstein there. He laughed and said it probably wouldn’t be the same… the energy fields are already working to get back on track. He was right.

On the third day I had the therapy done again to form a ‘base’, which is what Markus recommended. “How often should I have it done?” I asked naively. “Well, it’s different for everyone. You may need it once a week, once a month or once a year.”

A few days later I was back at my orthopedist for a check-up. He did an ultrasound on my ankle (which still hurt, though admittedly was much better) and told me that the inflammation was gone. What?!? How can that be? “Then why does it still hurt?” I asked. “There is still some fluid collecting at the base of the ankle, but the infection itself has cleared up.”

The next day, six days after my initial three therapy sessions, I was back on Markus’ table. I told him about the ultrasound and he had a big grin. “The infection may have already been cleared up before the therapy,” I said to him unconvinced. He just chuckled. Maybe, who knows, he smiled. 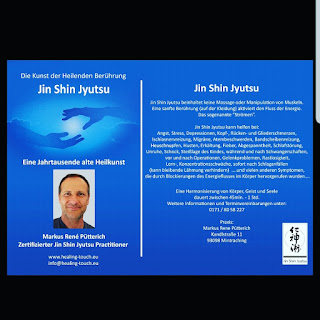 I began running again. Not with much success, since the first time out I slipped on the ice and injured my shoulder and 3 days after that I twisted my ankle (yes, the bad one) and tore the capsule on the outside of my ankle.

So, needless to say, I am still not running.

But I am still working with Markus. Whether his therapy healed my ankle, I cannot be certain, but I do believe it helped. What I AM sure of is that since trying out Jin Shin Jyutsu, I am calmer, more patient, orderly, focused, disciplined and some of the chaos that has accumulated over half a century has cleared out of my head and out of my life. And that alone, as a mother of four with a full work schedule, makes it worth it.

Markus' full-time job is actually as a stunt man. He has worked on numerous film and TV projects in Europe and, of course, Hollywood.

You can find out more about Markus and his therapy at: www.healing-touch.eu