New Meaning to the Runner's 'High'

The runner's high, that feeling of euphoria that sometimes accompanies aerobic exercise, has often been attributed to the release of endorphins, but new research suggests that it might be due to endocannabinoids instead. Giving new meaning to the term ‘high’. 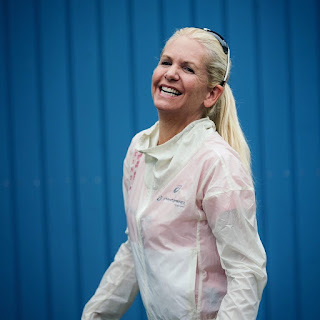 We all know it. It’s that feeling like you could take on the world. You come home from your run in a better mood and with greater mental clarity. “It begins with this peace of mind and then a greater ease of movement, a sense of power and confidence, optimism and hope, and you will often hear runners describe feeling loving and connected to everyone and everything,” explains Kelly McGonigal, in her book The Joy of Movement. “So, what could possibly be going on in the body and the brain that would make you feel powerful, hopeful, faster, more confident and more loving?”

For years it was believed that this feeling of bliss, sometimes referred to as the 'runner's high' was attributable to endorphins. But in 2021, Dr. Johannes Fuss, the director of the Human Behavior Laboratory at the University Medical Center Hamburg-Eppendorf, published an article in Psychoneuroendocrinology describing a study he conducted on 63 experienced runners, which showed that their general euphoria after running was greater and their anxiety less, even if their endorphin system had been inactivated.

So, what’s causing the high we feel during exercise? Scientists now believe that it may be attributable to endocannabinoids, which are similar in chemical structure to cannabis, and are involved in a variety of physiological processes including appetite (explains the munchies…), pain-sensation, mood, and memory. The cannabinoids made by our bodies surge in number during pleasant activities, such as when we run, eat a good meal, and also when we have orgasms, giving us a powerful sense of inner peace, empowerment and connection to others. And unlike endorphins, endocannabinoids can cross the blood-brain barrier, making them viable candidates to cause any runner’s high.

Want to get that high a little bit faster? McGonigal also suggests that listening to music early in a run can actually kick start the process – releasing more endorphins, dopamine and adrenalin – so that you can start to feel some of that high sooner. Another boost can be gained by getting outside. Exercising outdoors has been shown to provide a sense of relief of anxiety, a feeling of being at peace or at one with the universe. Similar to what one experiences during mediation. Sounds like an ideal state to be in!

The study by Dr. Fuss does not explain, though, why a runner’s high exists at all. There was no ‘walker’s high’ among the volunteers in his study. But Dr. Fuss suspects the answer lies in our evolutionary past. “When the open savannas stretched and forests retreated,” he says, “it became necessary for humans to hunt wild animals by long-distance running. Under such circumstances, it is beneficial to be euphoric during running.”

I guess the same thing could be said for the act of procreation, if it weren’t for a healthy dose of endocannabinoids being shaken out during acts of pleasurable sensation, the human race may no longer be in existence, and thus able to enjoy those precious highs we get when out for our daily jog.

This article was first published for ASICS Frontrunner on January 13th 2022 (https://www.asics.com/de/de-de/frontrunner/articles/new-meaning-to-the-runners-high)