Iron Deficiency in Distance Runners...as found in the Appendix of Ultramarathon Mom: From the Sahara to the Arctic

I was recently diagnosed with iron deficiency anemia. When I tell this to my friends they say sarcastically, ‘Are you surprised?’ 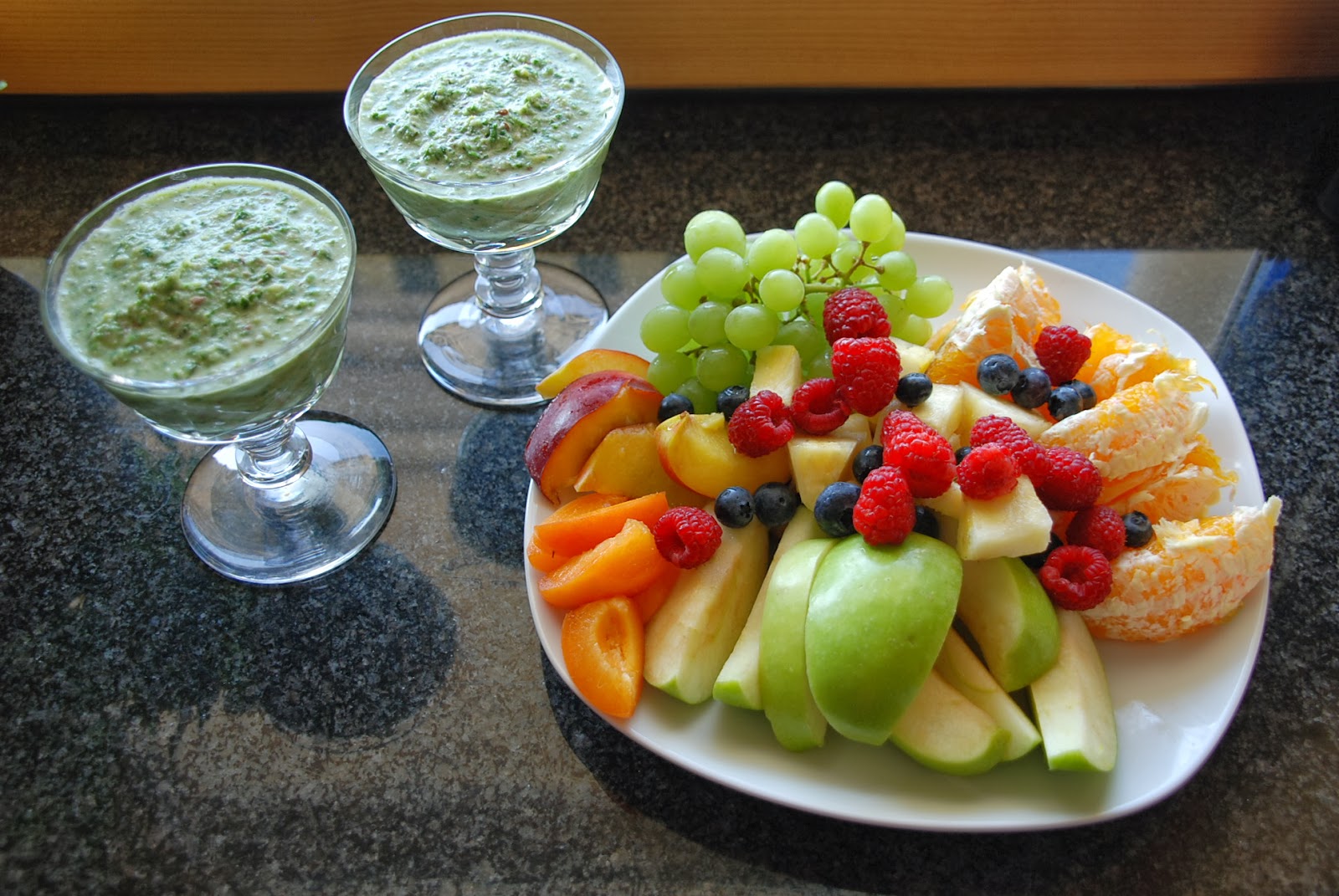 Actually, yes and no. Since I turned vegan almost two years ago I’ve been eating healthier than any other time in my life. Breakfast is a kale smoothie, then come the grilled veggies with buckwheat, sweet potatoes, nuts, bean burgers, sorghum, almond milk, avocados, mangoes and anything and everything that is colorful and fresh from my local vegetable market. I love to cook (see photos below) and create a whirlwind in the kitchen, whipping up a meat lasagna for my family and a veggie lasagna for myself. Five-course all-vegan dinner parties are the norm. I snack on nuts, hummus and veggie/bean salads. So, although I wasn't eating iron-loaded red meat, my diet was well-balanced and diverse, how could I possibly be lacking a vital nutrient?
Quite easily. And there are three main reasons:
(1)   Diet: I eat no red meat, nor any other animal product
(2)   Gender: I am female and lose blood monthly through menstruation
(3)   Activity level: I run more than 50 miles per week. 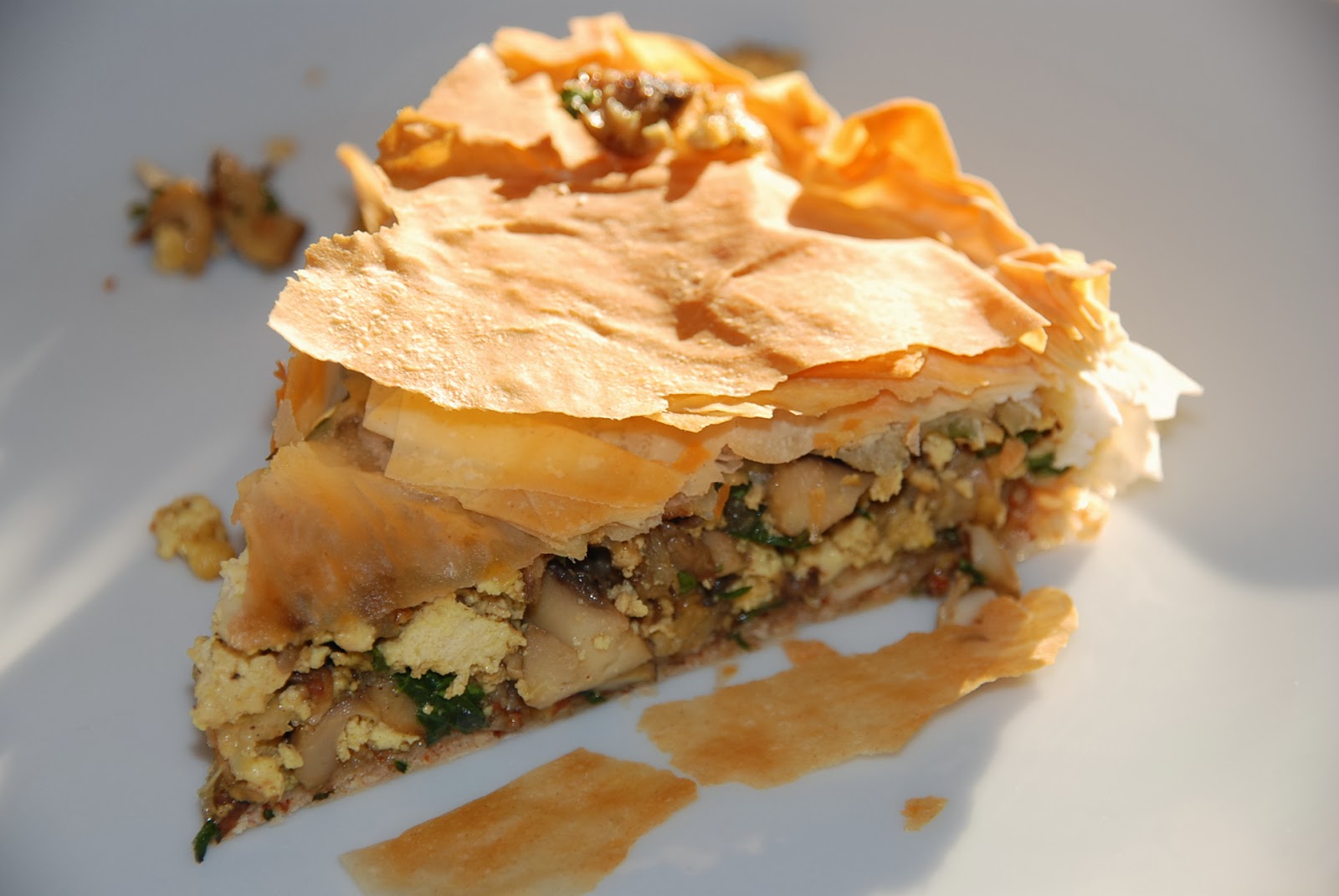 Several months ago I began to notice fatigue while training. After 10km at an easy pace, I’d be struggling to keep up with the group. Interval training times weren’t where they should be and then the clincher: my 10km race time seriously deteriorated.
Something was wrong. I knew it. I just wasn’t sure what it was.


At first I thought maybe my training needed to be revamped. More intervals? More speed? Fewer long runs? Is it simply my age? Then an acquaintance of mine suggested I get my iron levels tested. She had experienced a terrible iron deficiency that went undiagnosed for far too long and it took her almost a year to get her levels back up to where they should be for an athlete that trains hard on a daily basis. She recommended getting my ferritin levels (not iron serum) checked, as ferritin is the protein which provides iron storage in the bloodstream.
In a nutshell…Having adequate iron stores is essential to any endurance sport, as your ability to run (bike, swim, etc.) hinges on your capacity to get oxygen to your muscles, which is accomplished by your red blood cells. Red blood cells are comprised almost entirely of a protein called hemoglobin, and at the core of that protein is an iron atom.  Oxygen binds to hemoglobin by binding with the iron atom at its center. Thus, if there isn't enough iron available to make red blood cells, there aren't enough red blood cells to carry oxygen to the muscles.  And no oxygen means no high-level performance.
(1)  Diet 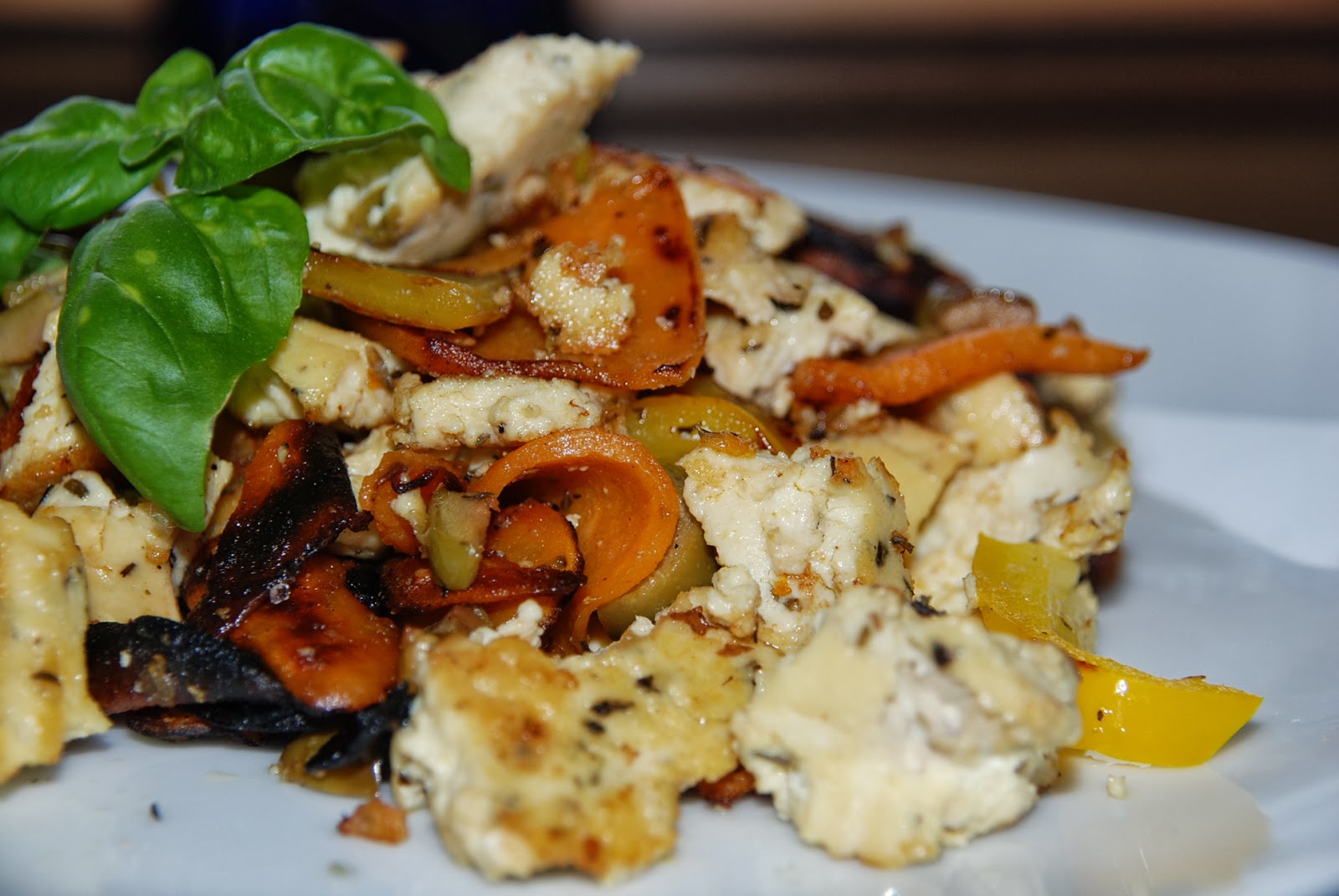 Iron is most readily absorbed from red meat, since it is already bound into a biologically-available form called heme iron.  Iron in vegetables, however, is more difficult to absorb because it is not bound in the "heme" form and is therefore called non-heme iron. Sources differ on the magnitude of this difference, but it is undisputedly significant.  According to one study, about 8-16% of ingested iron will be absorbed if the source is heme-iron (meat), while only 3-8% will be absorbed if the source is non-heme (vegetables and dairy). The numbers tend to vary widely because other factors can significantly influence iron absorption.  For example, simultaneously consuming vitamin C can boost iron absorption by two- to ten-fold, while calcium does the opposite and can actually reduce absorption by 50-60%.
(2)  Gender
Although it is possible for men to become iron deficient, the problem is much more often seen in women since they tend to eat less iron-containing foods than men and due to menstruation. Studies have shown that as many as 20% of male, competitive, long-distance runners have low blood ferritin levels, while this number reaches 60-80% of female runners.
(3)  Activity level
Why is an athlete more prone to iron deficiency than anyone else? Well, after a hard workout the body attempts to make new red blood cells by drawing iron from ferritin to create hemoglobin, and thus manufacture new red blood cells.  But why does the body need to make more red blood cells after a work-out? Because they are actually destroyed by hard training. The repeated trauma of forceful muscular contractions and foot strikes against the ground crush red blood cells, requiring new ones to be made. This situation can manifest as march hematuria, which occurs when blood is seen in the urine after repetitive impacts on the body, particularly affecting the feet. The word "march" is in reference to the condition arising in soldiers who have been marching for long periods. Hematuria can contribute to anemia, as it increases the iron turnover in an athlete, which is why they tend to need higher levels of stored iron than sedentary or moderately active people. 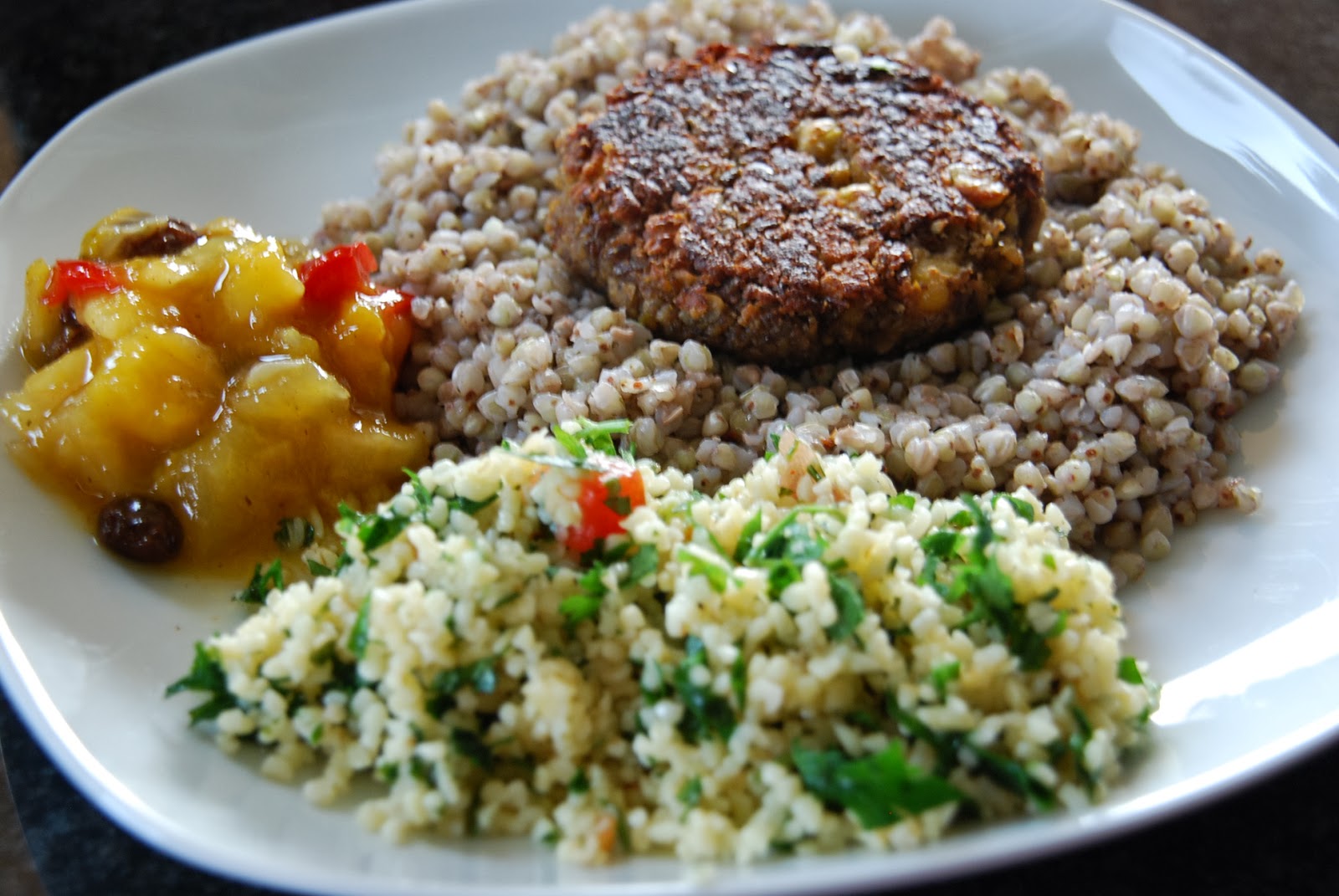 Another phenomenon is called Runner’s macrocytosis, manifesting in increased red blood cell size as a compensatory mechanism for increased red blood cell turnover. The impact forces from running can lead to red blood cell hemolysis and accelerate red blood cell production. This can shift the ratio of red blood cells towards younger, larger cells. This shift may be reflected in higher than normal MCV (mean corpuscular volume) values, an indicator of red blood cell size. This may indicate a propensity toward iron deficiency anemia due to high red blood cell turnover.
What does this all come down to? First, all endurance athletes should regularly get a blood test. Ask specifically to get your ferritin serum value checked as this is not part of the routine blood test. When I first went to my primary care doctor and said that I suspected iron deficiency anemia, he only tested my iron serum level, and, since I had already begun to take iron supplements, this level was very high because my blood was saturated. I was told to stop taking iron supplements. I wasn’t convinced; thus, only after going to a doctor specializing in athlete health were my ferritin levels tested and my suspicions confirmed.
The next step is evaluating recommended values. As serum ferritin levels below 25 ng/mL are connected with performance drops and injury, levels above 50 ng/mL are recommended for both male and female athletes. 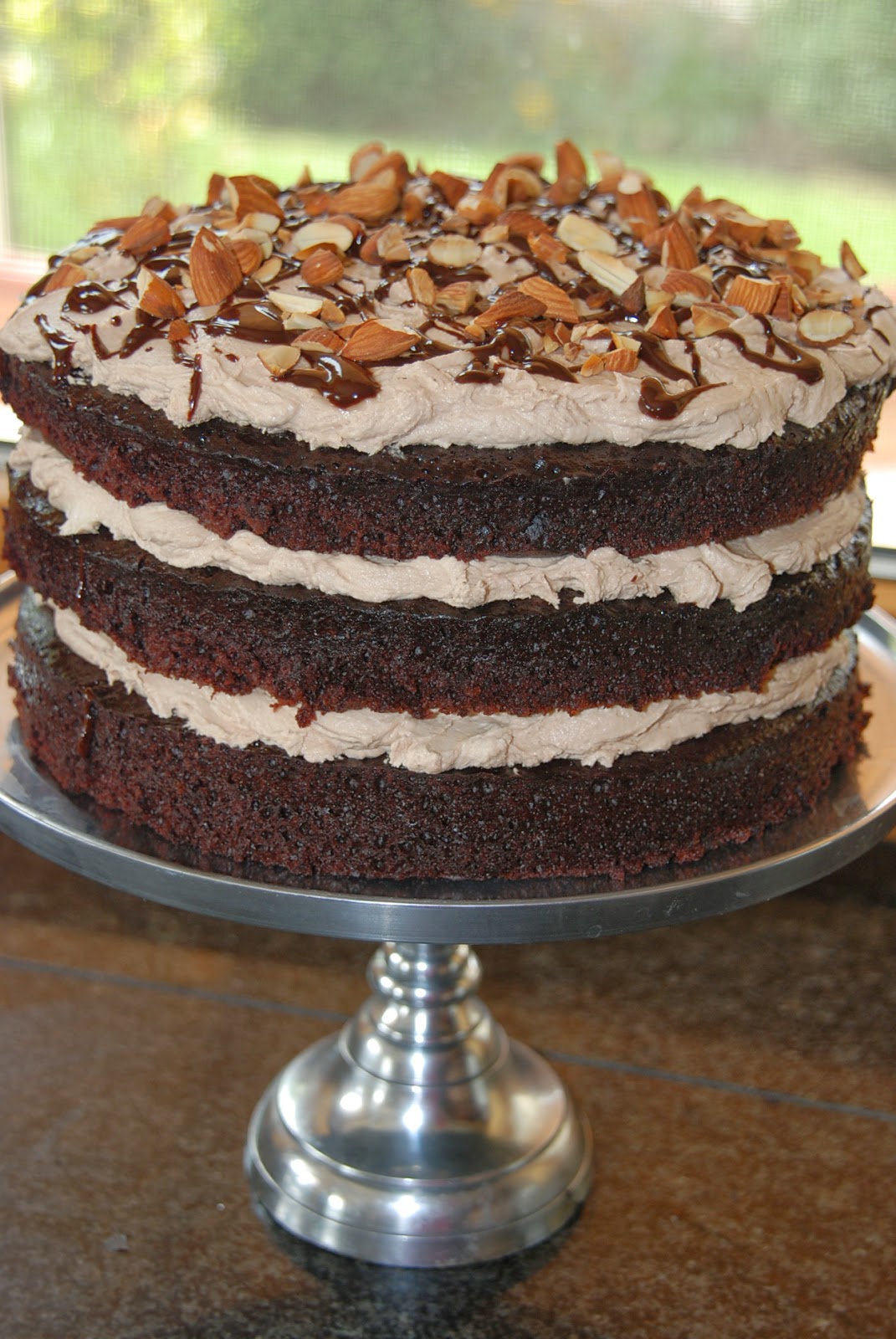 What now? Supplements. These come in many forms but can easily be taken in a tablet as iron salts: ferrous sulfate, ferrous fumarate, and ferrous gluconate. Quantity and type should be determined under doctor’s supervision.
From what I’ve learned, even if I started eating red meat again, I would still require some level of iron supplements to continue at the same activity level. But for me, the health benefits of a diet based on plant products far outweigh any minor positive gain from eating meat.
Thus, to maintain healthy iron levels, every endurance athlete should get their blood tested regularly and discuss with your doctor (preferably a sports specialist) to find out if or how much iron supplement is required.

“Disclaimer”: I am not a doctor nor expert on this subject by any means. And this topic is still under study with many conflicting opinions. My sources for this article are from Dr. Tim Noakes (Lore of Running), another blogger John Davis (Running Writings), Wikipedia and of course, my own experience.
And many thanks to Valerie for tipping me off.

Email ThisBlogThis!Share to TwitterShare to FacebookShare to Pinterest
Labels: Health